Jose Bosingwa joined neighbours FC Porto from Boavista at the start of the 2003/04 season after spending two full season’s at Boavista where he started his professional career. Jose Bosingwa was signed by Jose Mourinho who was the FC Porto at the time. In his first year at Porto, Bosingwa was used sparingly. He featured in 13 league games during his first season as an FC Porto player. 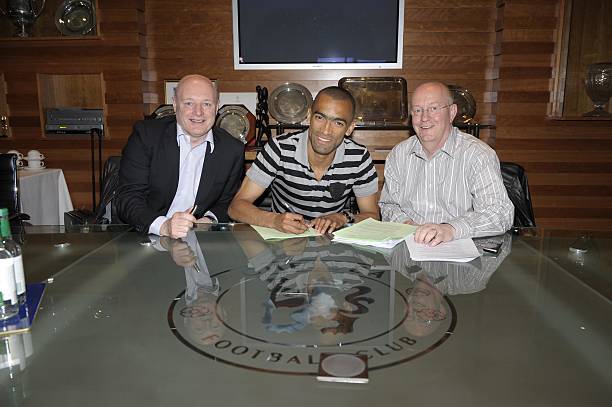 Bosingwa made his Champions League debut in the colours of FC Porto during the away game against Partizan Belgrade which ended in a 1-1 draw. He featured in the competition seven more times as FC Porto emerged victorious thanks to the 3-0 thumping of French team AS Monaco in the final.

Jose Bosingwa was able to establish himself as the first-choice right-back at Porto with the departure of both veteran Carlos Secretario and Paulo Ferreira at the start of the 2004/05 season, which was his second season at the club. He was an important player for FC Porto as they won three league titles in four years before he sealed a big money move to Chelsea in the Premier League.

Chelsea signed Jose Bosingwa from FC Porto for a fee of around €20.6m (£16.3m). 20% of his transfer fee went to a third party. Bosingwa signed for Chelsea in the same summer as compatriot Deco and Luiz Felipe Scolari. Brazilian manager Scolari had been named as the Chelsea manager in 2008 and he took charge of the first team shortly after leading Portugal to the semi-finals at the Euro 2008 tournament. Bosingwa was given the number 16 jersey before he made a switch to the number 17 jersey with Scott Sinclair. His Chelsea debut came in the Premier League as he was in starting XI during the 4-0 home win over South Coast club Portsmouth.